This legislation, commonly referred to as the Bayh-Dole Act after its two main sponsors, Birch Bayh (D-IN) and Bob Dole, made dramatic changes to the way new technologies were brought to marketplace. Prior to Bayh-Dole, the federal government licensed only a small percentage of patents that they owned. This provided no incentive for further research and in fact hindered future developments. Passage of the Bayh-Dole Act granted patent rights to the entity that developed it, which in many cases are federally supported colleges and universities. The act allowed non-profit entities to generate licensing revenue, while also serving to further stimulate U.S. technological innovation.

The hospice movement did not begin to make an impact in America until the late 1970s. Prior to then, few facilities to care for the terminally ill outside of hospitals and nursing homes existed. Sen. Dole spoke at the first annual meeting of the National Hospice Organization in 1978, saying, “As the ranking Republican member of Senate Finance Committee, I assure you that the Finance Committee, which has within its jurisdiction the Medicare and Medicaid programs, will study and consider legislation in the 96th Congress that deals with the reimbursement of hospice services. For too long we have structured our reimbursement system so that people die in institutions with cold, ugly, green walls and little comfort.”

Several years later, as chairman of that committee, he introduced and saw passage of legislation provided a hospice Medicare benefit.

“I have never seen a finer demonstration of teamwork than I experienced with Sen. Dole as we worked together shoulder to shoulder in bringing this vote to its conclusion.”

The Intermediate-Range Nuclear Forces Treaty was the first agreement between the United States and Russia to reduce the nuclear weapons arsenal of both countries. Republican Leader Bob Dole worked closely with his Democratic counterpart, Sen. Robert Byrd, to ensure ratification of this historic treaty. The Christian Science Monitor stressed the treaty’s importance in a May 3, 1988 editorial:

“Consider the implications of a Democratically-controlled Senate ratifying an arms control treaty proposed, signed and justified by Ronald Reagan … it will begin to redefine the bipartisan center in national security policy.”

“I want every drug pusher in America to remember this date, October 3, 1988, a day Congress started painting ‘Going Out of Business’ signs for drug pushers.”

Among the many important aspects of this bipartisan legislation, the Anti-Drug Abuse Act of 1988 created the White House Office of National Drug Control Policy. This office, overseen by a director known as the “Drug Czar,” is charged with the development of national anti-drug related priorities and strategy.

Sen. Dole and Democratic Sen. George Mitchell lead the bipartisan “Group of 15” who negotiated a compromise between conflicting opinions on smog, toxic chemicals and acid rain.

In the final weeks before Senator Dole retired from the Senate he was a strong advocate for tax cuts, saying on June 4, 1996, “I believe we can cut taxes, reform the tax code and balance the budget.”

In the days to follow, the Senator worked closely with his staff to create a plan that cut taxes while not risking any additions to the federal deficit. In one of his last major acts in the Senate, he ensured the passage of a budget resolution that included a large tax cut.

Welfare reform and tax cuts were at the center of the Republican Contract with America. Sen. Dole played pivotal roles on both of these achievements.

In May of 1996, Sen. Dole outlined a new and ambitious welfare reform plan that reflected the beliefs of many Americans— that able-bodied people should find work and not remain on the welfare rolls indefinitely.

Although President Clinton twice vetoed a welfare reform bill the Senate again took up the cause and agreed to conference legislation entitled Personal Responsibility and Work Opportunity Act of 1996. This final bill, which was signed into law on August 22, 1996, included many of the requirements of Sen. Dole’s plan such as a requirement that welfare recipients find work within two years and a placed cap on the total number of years that a person may receive benefits.

The Line Item Veto Act of 1996, introduced by Sen. Dole and co-sponsored by 29 other senators was intended to, according to President Clinton, “throw a spotlight of public scrutiny onto the darkest corners of the federal budget.” This act gave Presidents the power to veto individual spending projects contained within appropriations bills, a desire that was near universal in the executive branch regardless of party affiliation.

Signed into law by President Clinton, the line item veto was used 84 times over the next three years before being declared unconstitutional by the Supreme Court in a 6-3 vote.

The Presidential Medal of Freedom Award is the highest civilian award presented in the United States. The U.S. President chooses recipients of the award once a year for their contributions to world peace, security or national interests and other significant endeavors. In 1997, President Clinton awarded Bob Dole the Medal of Freedom for his distinguished political career and military service.

Sen. Dole played an active role in the ongoing health care debates. As part of the Leaders’ Project on the State of American Health Care, he worked with Sen. Howard Baker and Sen. Tom Daschle to study health care in America. The Leader’s Project included strategic outreach to key health care stakeholders, a series of state-based public policy forums, and months of personal deliberation. The culmination of their work was a bipartisan agreement for comprehensive health care reform entitled “Crossing Our Lines: Working Together to Reform the U.S. Health System.” 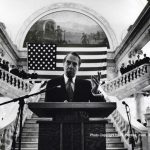 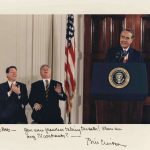 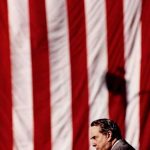 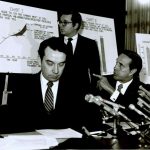 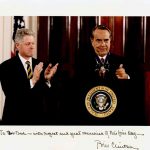