Your gift to the Robert J. Dole Institute of Politics can make a difference in the lives of people all over this country. Established in 1997, the Dole Institute is dedicated to fostering new thinking about major policy issues and working to encourage student and citizen involvement in public service.

The Dole Institute is recognized as one of the nation’s leading bipartisan centers for the civil discussion of politics. 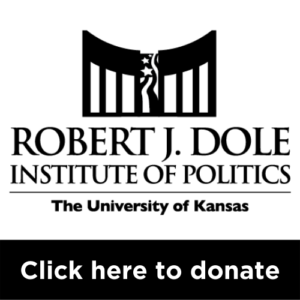 Read More About the Dole Institute >